Who is hiding from the truth?

As readers of this blog will know only to well Venezuelan oil production numbers have been the subject of controversy for quite some time. Though with PDVSA's audited financial statements confirming that Venezuela produced over 3.3 million barrels per day last year this subject has been pretty much been put to rest for everyone save those who for political reasons don't want to accept reality.

Part of the confusion historically has been that organizations such as the International Energy Agency have consistantly published somewhat lower production numbers than what the audited financial statements show. While those numbers have been intensely debated and discussed on this blog they have seemed to be of little concern to the larger world and even to the Venezuelan government.

At least that is how it seemed. Today though there appeared this article showing that hasn't been completely true:

Petroleos de Venezuela SA, or PDVSA, said in a statement late Sunday that it wanted to "alert public opinion about figures from secondary sources, like the International Energy Agency, whose figures are clearly incorrect."

Critics of President Hugo Chavez's government say his administration has mismanaged the oil industry by appointing political allies to PDVSA and by using oil revenues on government social programs instead of reinvesting in PDVSA operations.

PDVSA denies charges of mismanagement and pledges to double production over the next six years.

The oil company said that in order to clear up doubts, it has invited IEA officials, including Executive Director Claude Mandil, to Venezuela to compare figures.

"As of now, these invitations have not been responded to, which demonstrates the lack of will to arrive at bottom of this matter," PDVSA said.

The Associated Press was unable to reach officials at the Paris-based IEA for comment.

PDVSA also said that the IEA had an interest in deliberately underestimating Venezuelan oil production. The IEA is an energy-policy adviser for its 26 member countries, including the United States, Canada, Australia and 19 European nations including Germany and Britain.

Venezuela is the world's fifth-largest oil exporter and a top supplier to the United States.

This is rather ironic. It has often been the Venezuelan government that has been accused of being untransparent. Yet they have audited financial statements to back up their numbers and have even invited those doubting the numbers to come in and see for themselves what is going on. What more could they do?

But damn it looks nice

The Valencia subway may be being built at a snails pace but comparing it to the drab concrete transit systems in certain cities (Caracas and Washington D.C. for example)it is so nice it is worth the wait. Here is a closeup look on its inside from its first day in operation: 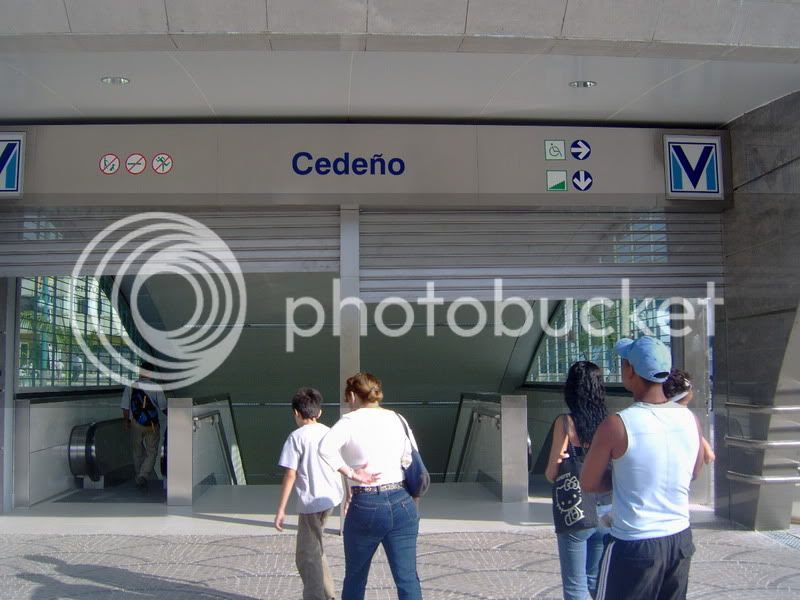 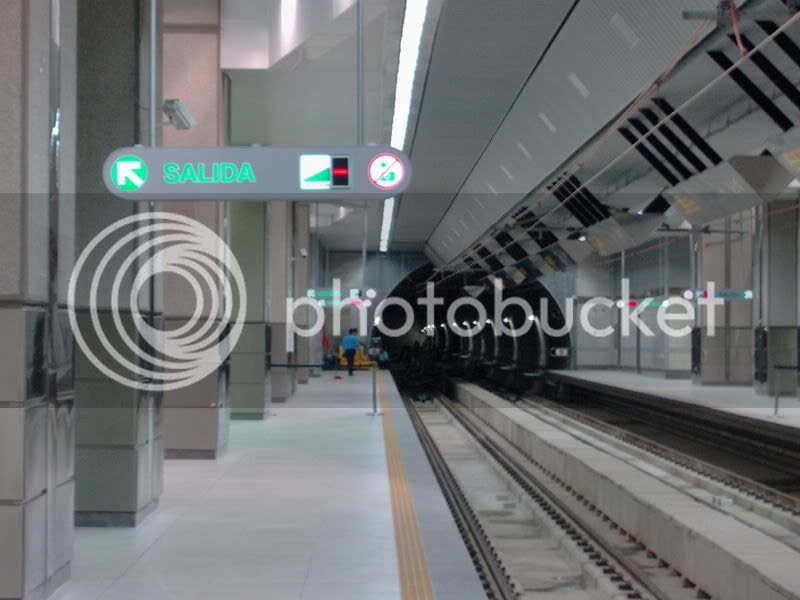 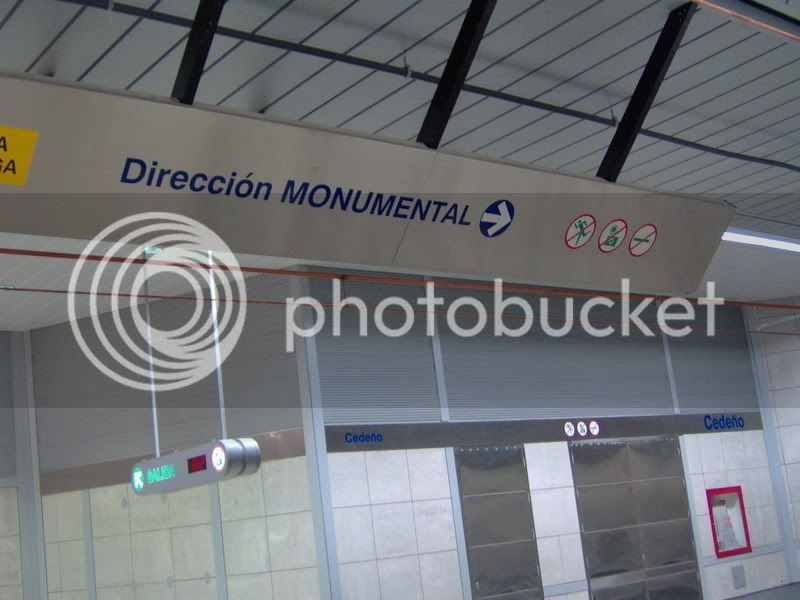 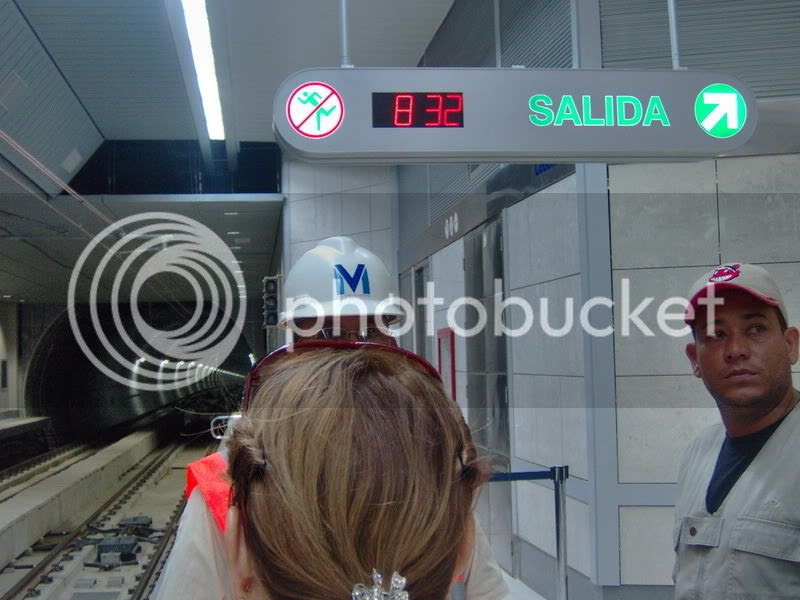 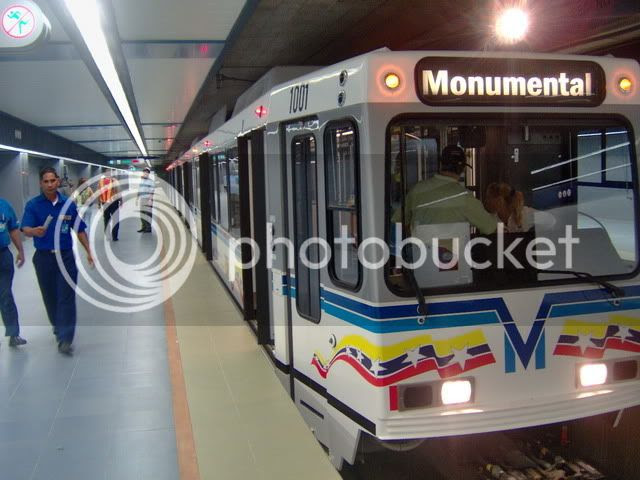 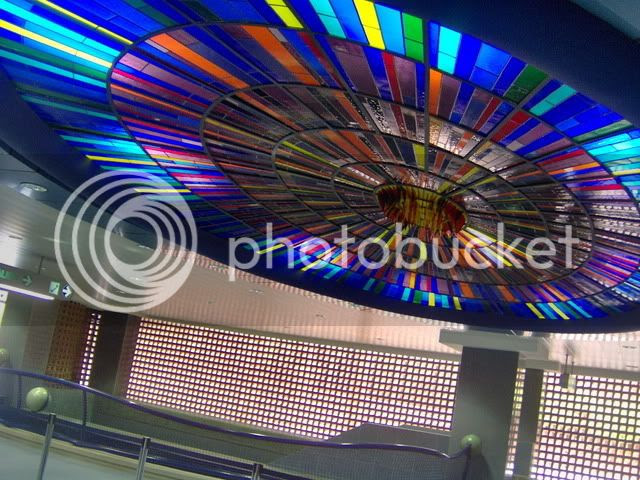 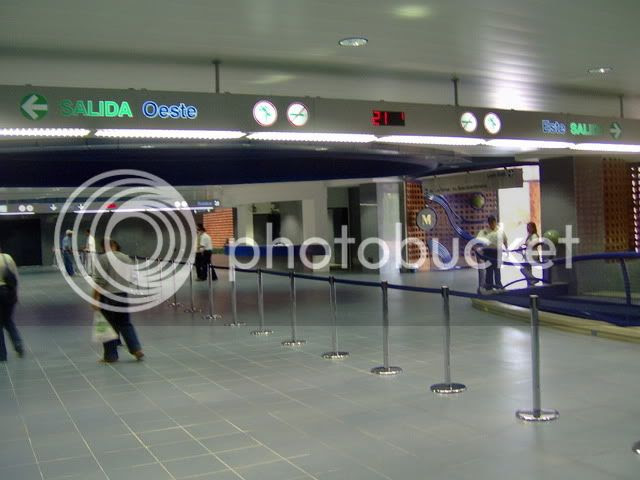 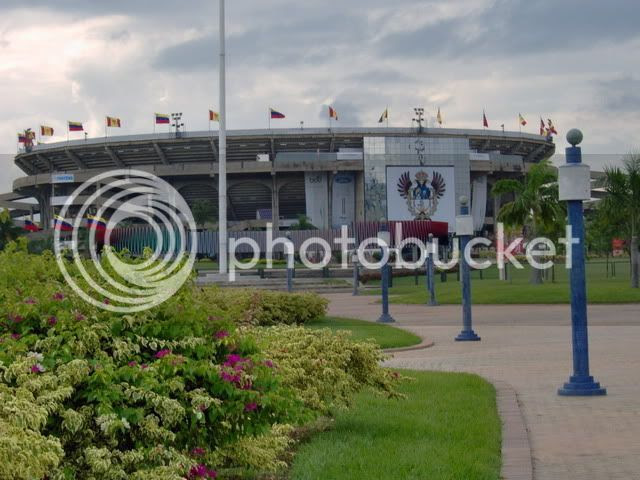 Yes, that is what it looks like. It is Valencia's bullfighting ring that is near one of the stations. 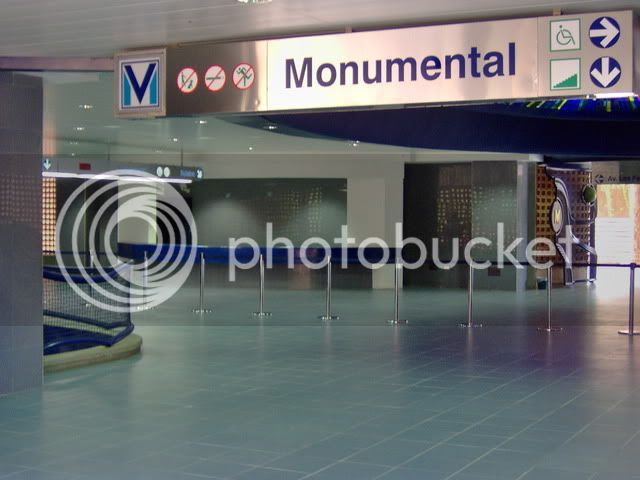 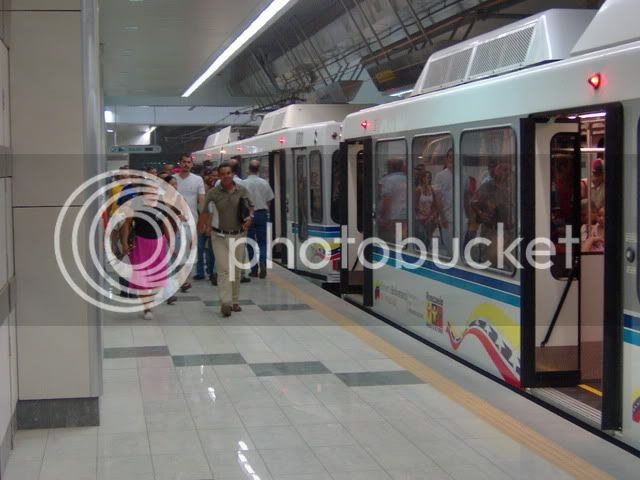 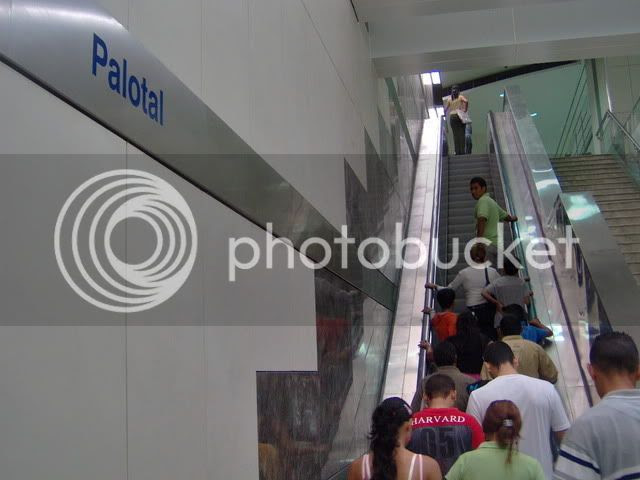 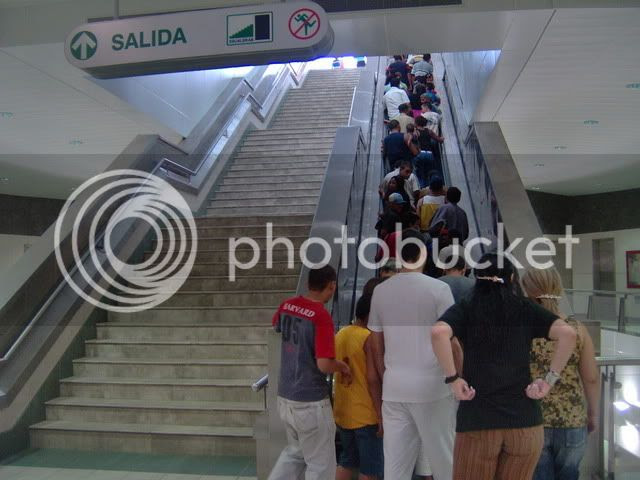 I had to laugh when I saw this picture. It does a good job of conveying how lazy people can be. Maybe Chavez should start "Mission Ejercicio" by ripping all the escalators out of the subway systems. 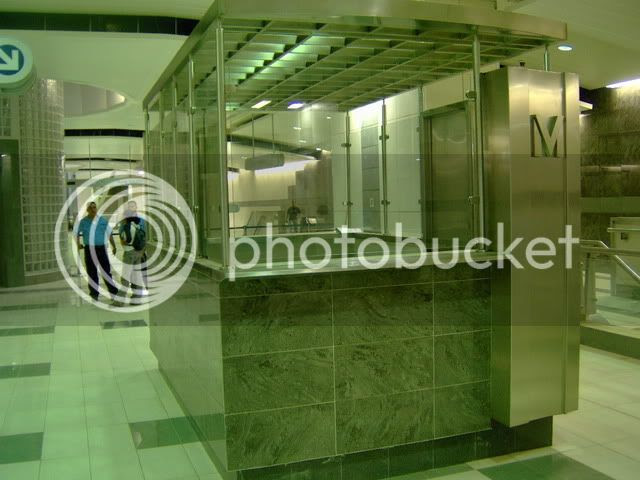 An empty and unused ticket booth as the Metro is free for now. 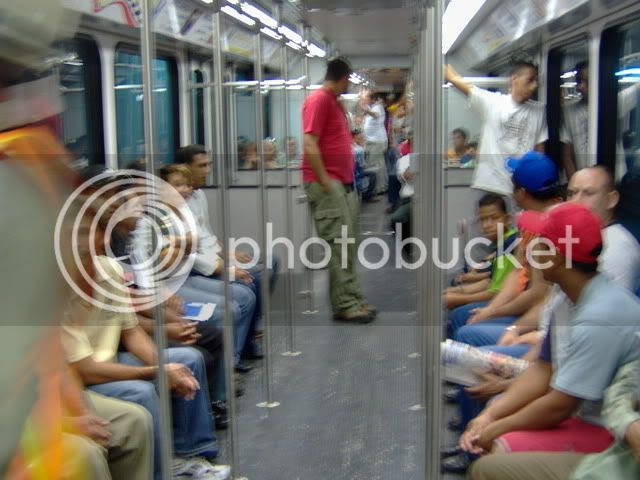 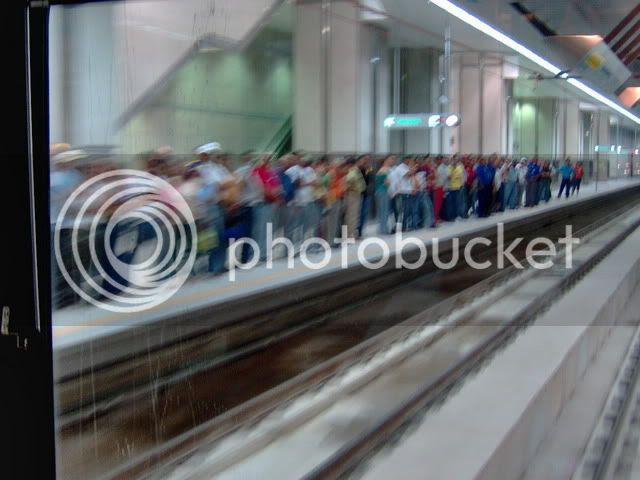 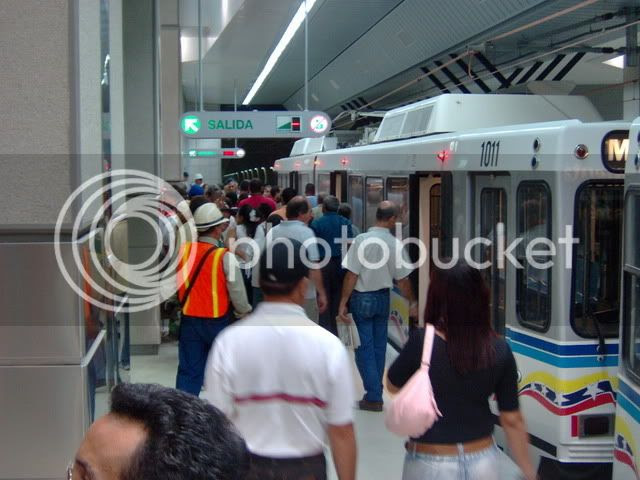 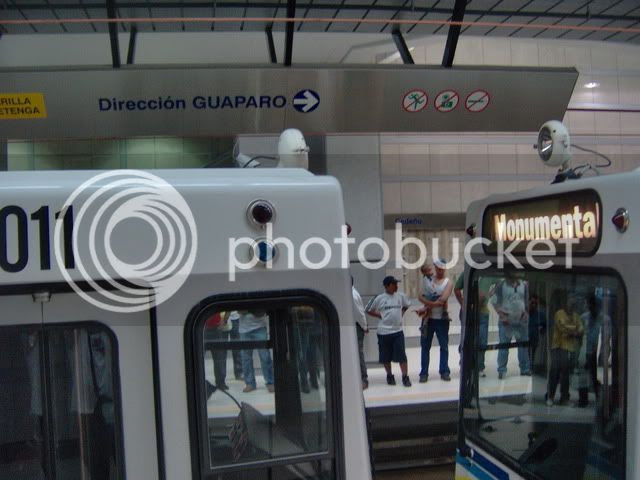 In conclusion this is one atractive system. It may be a little slow in coming but at least they are doing quality work.

And speaking of quality work, long time readers will not I have pointed out on numerous occasions how what Chavez builds is of significantly higher quality than what was built by previous governments. For example, the subways built by Chavez have elevator access so people in wheelchairs can use them. Those built by the previous governmets didn't so people with disabilities were out of luck.

Another example is public housing. The opposition has always liked to brag that when they were in office they built a lot more housing than Chavez has. That may be true but as I have shown from the inside the housing that Chavez builds is of very high quality.

And the housing built by the previous governments? For the most part it is nowhere to be found. I have been told by a number of people that it litterally fell apart in a few years and has sometimes even washed away. Supposedly the walls would be made of very cheap and brittle cinderblock with plastic roofs. But this is second hand, I've never seen that housing.

What I have seen though, and now have pictures of, is this housing that was built by the Venezuelan government in Barquisimeto many years ago: 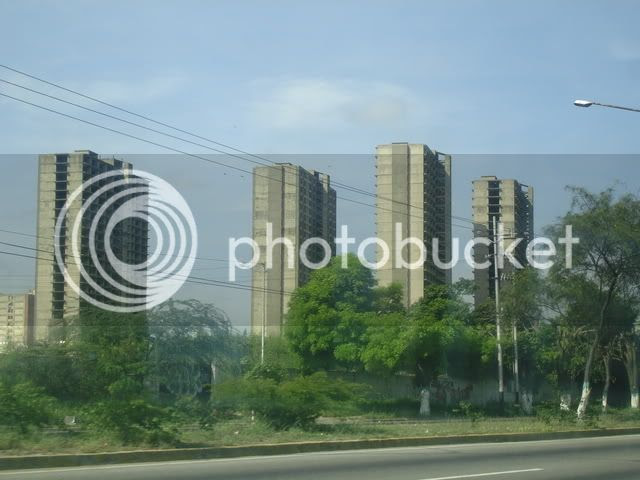 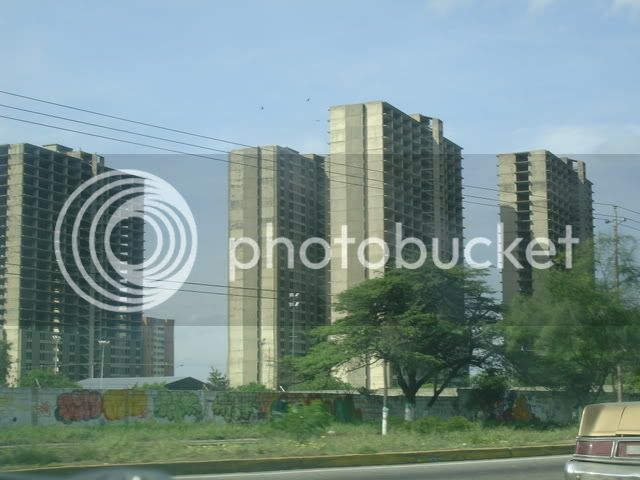 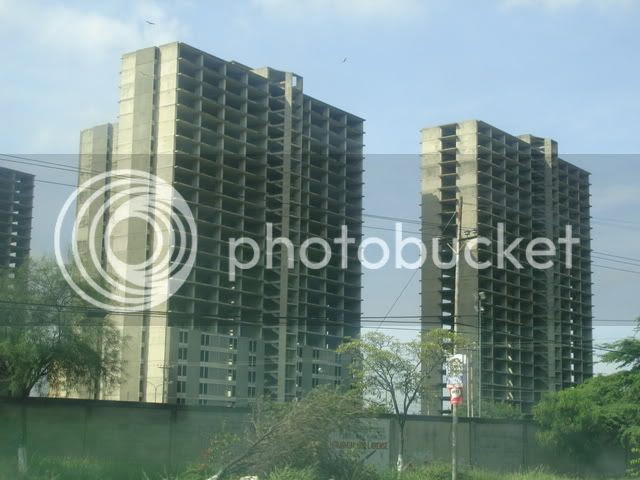 Notice anything funny? Yeah, that is it, they are empty shells without even the walls having been added. These structures were so poorly built that half way through construction they realized that the towers wouldn't be able to support the weight of walls much less people and their posessions. So they were never finished and stand there as a monument to the incompetance of the governments before Chavez. I wonder if the previous governments counted these bogus apartments in their housing numbers? Probably. Anyways when you picture pre-Chavez Venezuelan government housing now you have an image to remember.

BTW, I did exagerate slightly. The buildings are not a complete waste. One of my wife's relatives is a firefighter in Barquisimeto and they use these structures to practice repelling down buildings. So they come in handy for training would be rescuers.
|
# posted by ow : 1:08 PM