One of President Chavez’s most prominent and widely used social programs is actually a very large set of discount stores called El Mercal. These stores are known for selling steeply discounted basic foodstuffs thereby enabling lower income consumers to stretch their food budget further. There are thousands of these markets throughout Venezuela and it is estimated that about 50% of the Venezuelan population shops at them. Given that there was one quite close to me in El Valle I decided to pop in for a closer look at what it was like.

Before I get to the Mercal let me give some background on the area where it is located – El Valle (the Valley in English). Caracas itself is situated right where the Andes mountains finally come to an end and plunge into the Caribbean Sea. The main part of Caracas is located in a large valley that runs east to west. From that main valley there are three smaller valleys that run to the south out of the city – El Valle is the middle one of the three.

El Valle is now very built up and is part of Caracas proper. I don’t know its population but just guessing I would say around 200,000. It is a mixed working class and poor area and politically very pro-Chavez. Physically, it is quite an incongruous mix. Down the middle of the valley along it main avenue are huge concrete apartment blocks up to 30 stories tall that look to be straight out of the former Soviet Union. 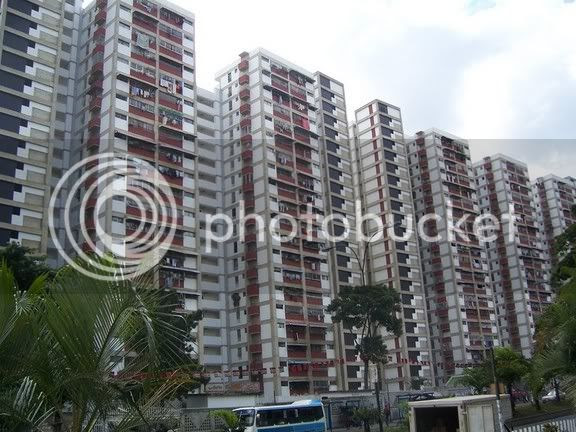 However, most residents of El Valle don’t live in those buildings. Rather they live in the dwellings that have steadily climbed up the walls of the valley known as cerros. There is virtually no greenery to be seen as every inch of El Valle, no matter how steep, has been built on. 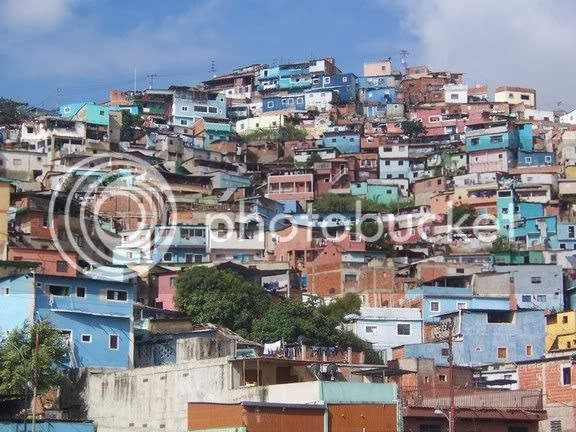 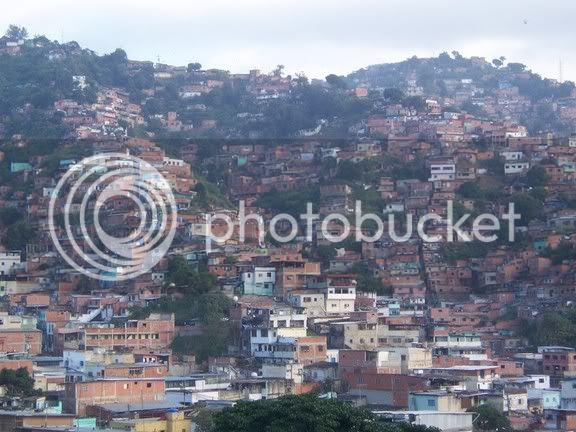 The result is El Valle is a very crowded urban environment and one of Caracas’s more populous neighborhoods.

In taking the bus in and out of El Valle every day I noticed I was passing a Mercal so I decided to stop in for a look. The day I went there it was actually closed for restocking. But after talking to two security guards I was able to finally speak to the manager who agreed to show me around and let me take some pictures. 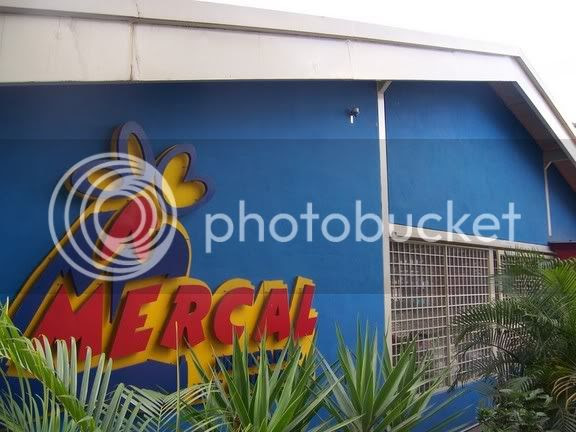 It wasn’t that large of a store but it seemed to be typical of the size of most Mercals – much smaller than a supermarket but about the size of a large delicatessen with 3 aisles of products. The very first thing I noticed was that contrary to what I had thought it didn’t just sell food. It also sold household cleaning products, personnel cleaning products such as shampoo, and other miscellaneous products that a typical consumer would buy. 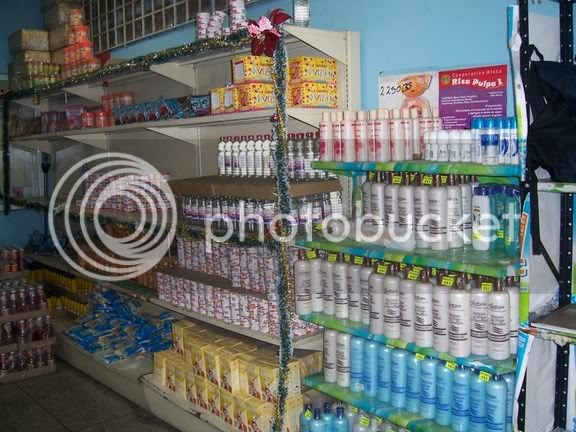 Personal hygiene and cleaning products in the Mercal

Next I saw several aisles of the products I had typically associated with Mercals – cooking oil, rice, beans, pasta, and the like. 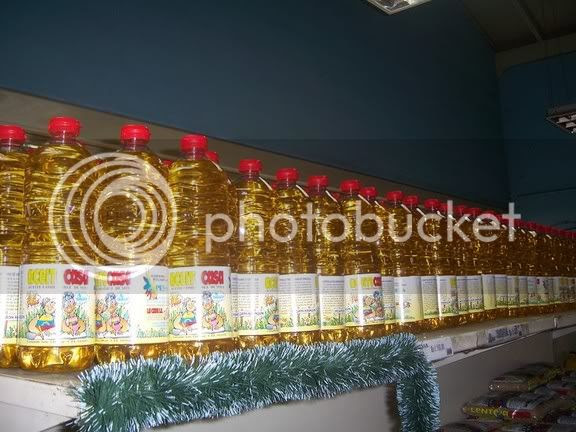 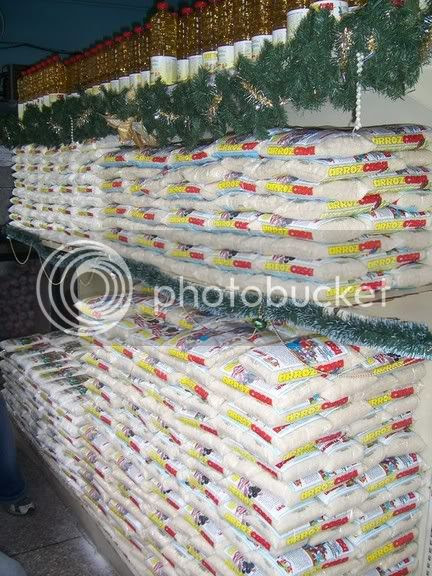 The basic foodstuffs were packaged in special wrappings for the Mercal often with political messages printed on them. They are made specifically for the Mercal and not sold anywhere else. However, there were also a lot of general items, particularly bread and meet, that were regular items that could be found in any supermarket in Venezuela. 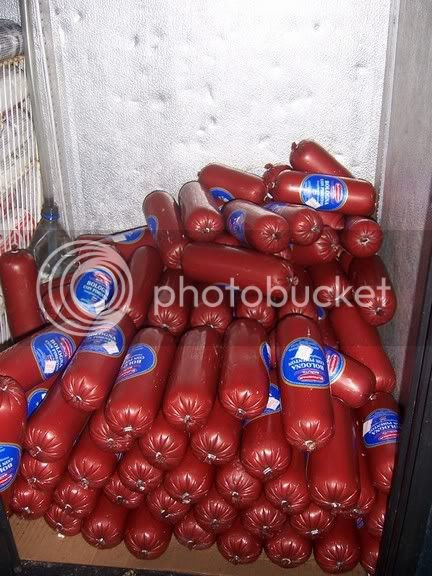 Packaged bologna in a Mercal

As far as the prices go the manager told me that they were generally about 30 to 35% less than what one would pay in a regular store. I didn’t check that for myself but I have seen price comparisons done by Ultimas Noticias and they generally give similar numbers. While these items are not being given away for free the steep discount is probably very valuable to people on a tight budget and may make the difference between having two meals a day or three meals a day. And this store does seem popular. Every day I passed it there where lines outside of 30 to 40 people waiting to get in. Further, this is only one store out of six that are in El Valle alone. And please note, anyone can shop in a Mercal regardless of what your income is.

Another interesting thing that the Mercal had that I didn’t expect was a small pharmacy. In this pharmacy they sold everything from over the counter cold and allergy remedies to prescription medications. And on all these items the discount is much greater – these items cost only 20% of what they would cost in a regular pharmacy. 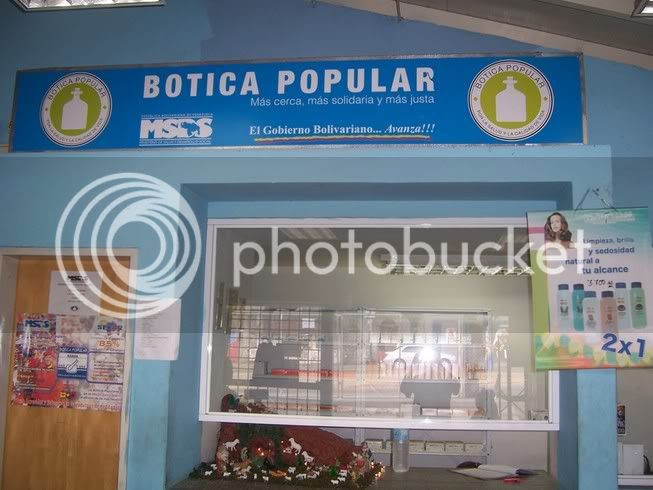 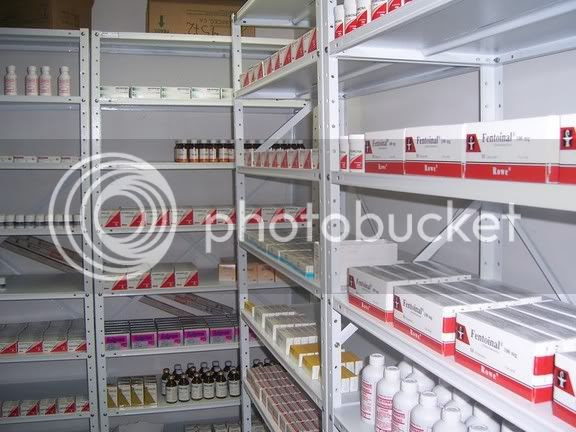 Another interesting touch to the pharmacy was that to get anything there, even over the counter items, you needed a doctor’s note or prescription. Nothing would be dispensed without a doctors written request. Seeing as Venezuelan’s now have easy access to medical care through the Barrio Adentro program this does not represent an obstacle to getting needed medications. But it does help to prevent the abuse and overuse of medications so typical of regular Venezuelan pharmacies where even prescription items are regularly sold without prescriptions.

There is another very interesting twist to all of this. The opposition, and much of the middle class, has often criticized Mercal as wasteful populism just meant to give away freebies and “buy” votes. But this actually turns out to be a completely hypocritical stance. A very large percentage of the middle class, and opposition, actually work for the government. This entitles them to a food subsidy that pre-dates Chavez called the CestaTicket. This CestaTicket are something akin to food stamps and every government worker gets them in the amount of 12,000 bolivares, about $5, for every day they work. This doesn’t cover their entire food expense but it does cover most of it. So it is more than a little ironic that while the government gives these middle class people essentially free food they later complain about the "populism" of the Mercal stores.
|
# posted by ow : 6:58 AM