There is a reason for that. In most countries political parties or groups define themselves by what they believe in - the communists believe in communism, the Greens believe in envirnmentally sound policies, Libertarians believe in minimal government and U.S. Republicans believe in capitalism and a strong military among other things.

The Venezuelan opposition believes in... not much of anything, other than opposing Chavez and advocating that THEY be given power instead. They certainly doen't have any principled differences with Chavez and, to my knowledge, have never offered and coherent alternative program.

Want to see exhibit A of this? Take a look at a couple of advertisements from today's Ultimas Noticias. The first was taken out by the Chavez government: 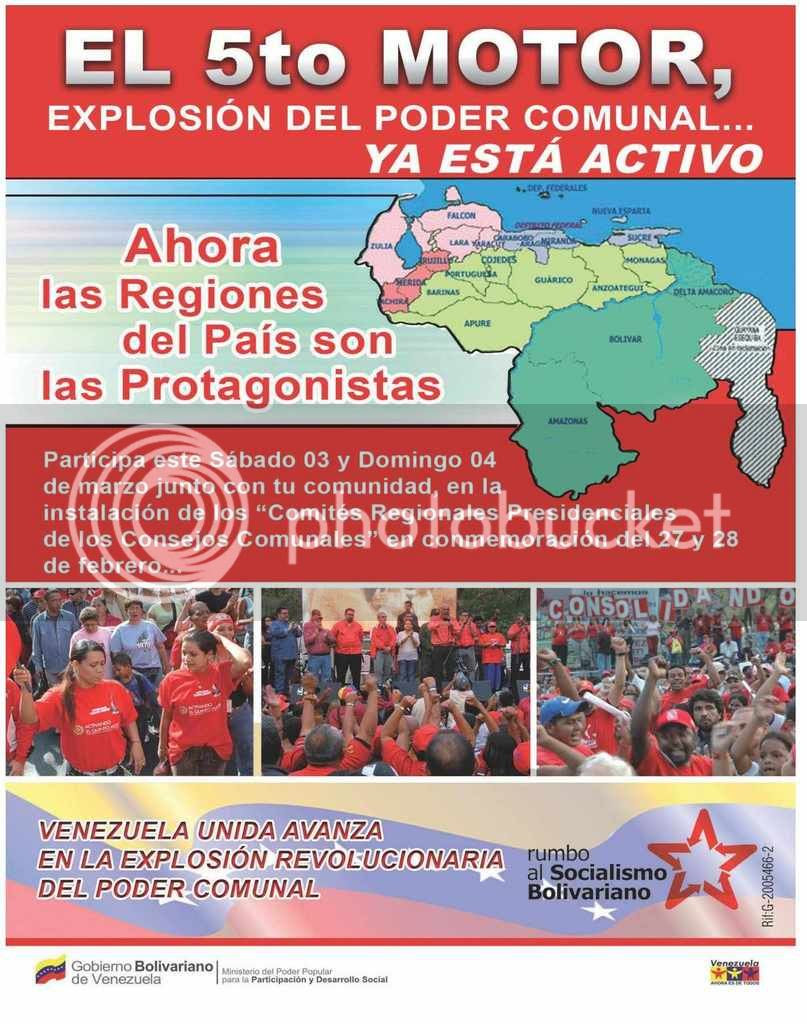 This advertisement heralds the formation of local community councils and the devolution of more power to those councils and to regional (not State) entities. This is the type of thing that has some conspiratorial fanatics claiming that Venezuela is turning communist (communal councils equal Soviets we are told) and this "regional" power structure is just a way to strip State governments of power. And of course, the advertisement is all in red, so communist it must be.

Yet in Ultimas Noticias we also ran accross this rather interesting advertisement: 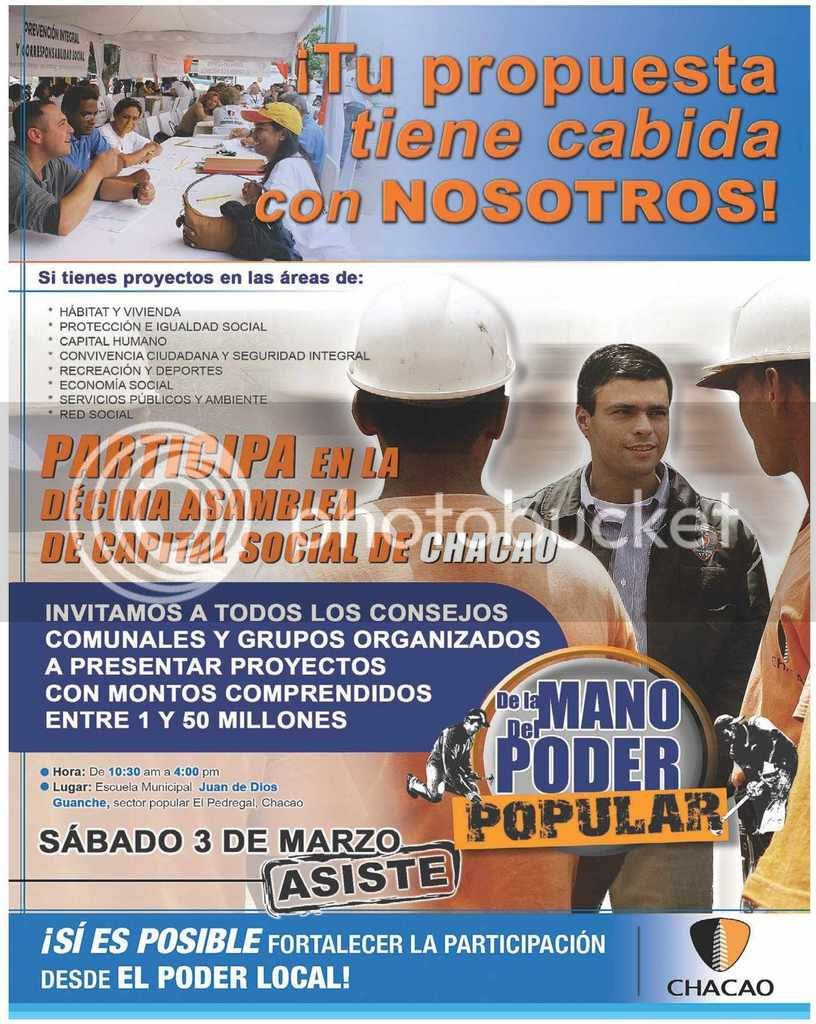 Yes, those of you who read Spanish are reading correctly - this is an advertisement by the staunchly anti-Chavez city government of Chacao (an upper class area of Caracas) pushing popular power. In fact, they are claiming that they want to give out large sums of money to "community councils" for various initiatives these councils might implement. When Chavez does this it is called communism or vote buying. Yet when the opposition does the same thing it is ... simply their pathetic attempt to ape Chavez.

This leads us back to where this post began. When Chavez starts up huge social programs called Missions the opposition after fighting them tooth and nail says at campaign time they will expand them. When Chavez helps raise the poors standard of living the opposition claims it will out do him by simply showering money on the poor that they will not have to earn and will be free to use as they please. And now when Chavez is pushing the build up of local decentralized power as away around an unresponsive and corrupt bureaucracy the opposition after initially squealing like stuck pigs now decides to simply copy him.

Given that they seem to want to copy many of his policies one has to wonder what their desperation to get him out of office is really all about - sure seems like they just want their spot back at the oil money trough.

Anyways, maybe one day the opposition will realize that alternately criticizing and copying Chavez is not enough - they actually need to have an original idea or two of their own. But don't hold your breath waiting for that to happen.
|
# posted by ow : 7:10 PM