Groping in the dark

It is recognized by most people that in order for Venezuela to progress it must diversify its economy and industrialize both to reduce its dependence on oil and increase the standard of living of the population.

Doing that will require huge investments, good planning, monitoring of the plans and adjusting to changed conditions, and strong execution.

In other words they need to carefully plan out what they are going to do and then closely monitor the execution of the plan and see how it measures up to initial expectations.

The development of the plan is the subject of another post but right now I'd like to look at how well they are monitoring existing initiatives. To that end we will take a look at the VenIran tractor factory that was opened in 2005 as a joint effort between Venezuela and Iran.

The factory was the revitalization of an effort actually begun during the oil boom of the 1970s but which was never completed - largely because Venezuelan farmers didn't want to be forced to purchase low quality Venezuelan made tractors.

The current iteration of this project assembles tractors from parts shipped in from Iran. It also produces several other types of farm implements. Of course, over time the idea is that more and more of the components of these products will be made in Venezuela thereby creating Venezuelan industry, jobs, and increasing its technical capacity.

In fact, the Mission Statement of the VenIran project is as follows:

• The revitalization of Fanatracto Company
• Employment opportunity creation for 5000 persons both
in the manufacturing sector and supporting service industries
• Foreign currency revenue obtaining opportunity creation
• Assisting Venezuela in setting up an assembly line, and a
paint shop for tractor manufacturing as well as helping
the country to gradually achieve local content in parts
production whereby savings in foreign currency spending
would be made
• Transfer of technology and its localization
• Invigorating the industries affiliated with tractor manufacturing
• Generating optimum profit margins for both shareholders
• Generating value-added output that would contribute
to Venezuela’s GNP
• Exporting tractors to neighboring countries and developing
market share in the international arena

I find all of the above objectives to be excellent. Venezuela should be building up industry, gaining new technology, creating well paying value added jobs for its citizens, producing more manufactured products for its own markets instead of importing them, and exporting what it can to other countries. Further, the tractor industry SHOULD ultimately be profitable so that it is a source of wealth for Venezuela rather than being one more drain on the State coffers.

I really don't think the Mission Statement for this project could be any better. Every point on there is more than worthwhile and the project as a whole clearly deserves the support of the Venezuelan government. Venezuelans who want to see their country progress should be very happy to see these sorts of endeavours undertaken.

However, the ultimate worth of this project depends on whether or not the objectives laid out in the Mission Statement are achieved. If they are, then the investment was more than worthwhile. If they aren't, then clearly this money wasn't well spent (of course, a certain percentage of new projects will always fail, but those undertaking the projects have to push very hard so that the greatest percentage possible succeed). 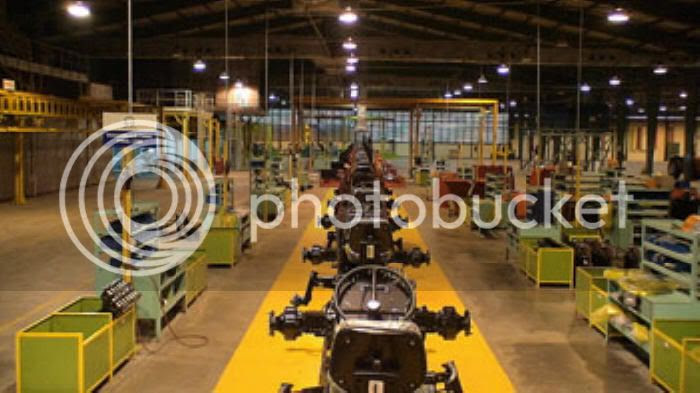 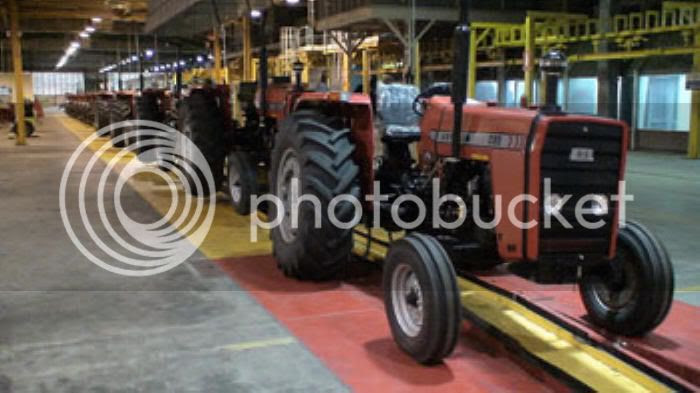 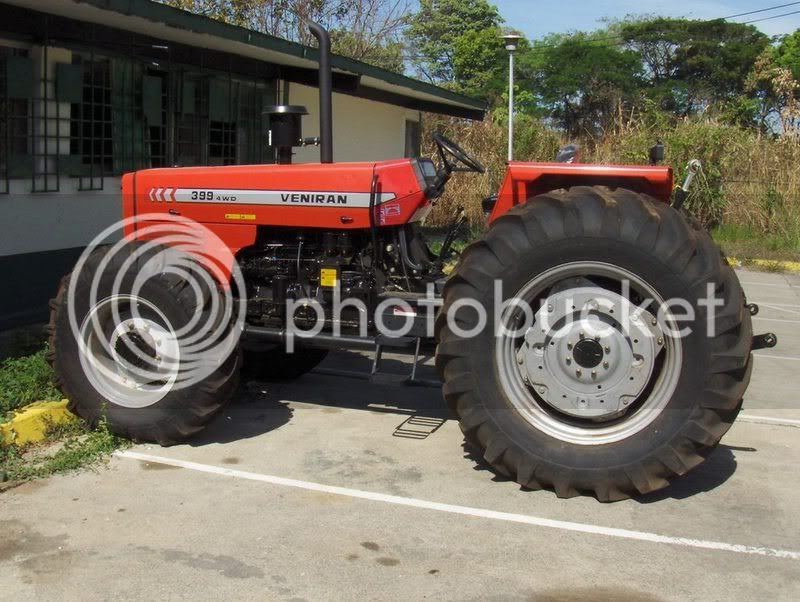 So how are we to know if those goals are achieved? Simple, we have to monitor key metrics regarding the projects such has how much revenue it generates, how many tractors it makes, how many people it employs, what percentage of the content is made locally, and, not least, whether it makes a profit or loses money.

So lets see what we know about this project.

First, we can go to the company's web-site which is here. There we can find out that they are assembling kits from Iran but that within a year they were to have 30% of the parts come from local suppliers (the 30% within one year was also given here). They expected initial production to be 5,000 tractors per year.

Unfortunately, that is about all the information to be found there. So in search of additional information I scoured the Internet.

From the Venezuelan Information Ministry I lean that the company produced 476 tractors in 2005 and 1,652 in 2006. It also informs us that the tractors cost 50% less than models imported from the U.S. and now control 80% of the Venezuelan market. The factory had (in March 2007) 100 Venezuelan employees and 6 Iranian technicians. Also, it was said that the level of domestically made components was 11% and that exceeded the initial government quota of 5.5% (note this contradicts VenIran's own web site which said the goal was 30% domestic components within the first year though we read here it is now up to 18%).

From this article we find out that the factory has been exempted from local city taxes for three years and is looking to extend that exemption for another three years.

Looking at another article we see that the initial start up investment was $35 million dollars. From the same article, which is in an opposition media source, we supposedly learn that production is declining and far short of what it is supposed to be and that the union representing the workers is supposedly unhappy about many things including corruption and the lack of financial information.

I suppose there may be more information out there somewhere. But in a couple of hours of surfing the Internet that is what I could find.

So how does this information measure up to what we would need to see how they are doing against the Mission Statement published above? To be frank, very poorly. In fact, the paucity of information is such that we are unable to tell if this project is a smashing success or a complete failure, or anywhere in between.

We don't know what their production was for last year.

We don't know what total sales were for any year.

We don't know what how many tractors they exported and how many were purchased locally.

We don't know what the average sale price was nor how much it cost to produce each tractor.

We don't know if the company as a whole made money or lost money.

We don't know how much money the government continues to put into this company, if any.

We don't know what the quality of the tractors is and what the frequency of breakdowns has been.

I could go on and on, but I think the point is clear. The Venezuelan public is being kept in the dark about how this very important project is going and whether it is meeting its established targets or not. Why!!!!!

Further, the fact that this information is not made public of course raises another big concern - maybe this information isn't being tracked at all which would mean the Venezuelan government itself is in the dark as to how the project is doing.

Of course, it is not impossible for public entities to keep the public well informed as to how they are performing. The U.S. government owned passenger rail system, Amtrak, does. One can simply read their financial statements online. Hell, even though the government in the U.S. doesn't care about passenger rail they still even put their dreams for future projects online for all to read.

Further, its not as if entities run by the Venezuelan government don't know how to put financial statements online. Despite what the incompetents and liars at Transparency International may think PDVSA sure does.

Even the large aluminum maker, Venalum, puts financial and operational results on the Internet.

So what is up with VenIran that they can't do that? Given the importance that these types of initiatives have to Venezuela and its people there should be full transparency with regard to what the projects goals are and how well actual operations are doing with respect to those goals. Yet what we have is a black hole.

Is this any way for an important and serious development project to be run?

I certainly don't think so. And it certainly calls into question to true intentions and competence of the Venezuelan government.
|
# posted by ow : 9:08 AM

File this one under "good while it lasts".

From today's news services we see Venezuela is about to have the highest per capita income in all of Latin America:

Venezuela will replace Chile as Latin America's GDP per capita champion and Argentina as the region's third-largest economy.
BY CHRONICLE STAFF

Venezuela will replace Chile as the country with the region's highest GDP per capita and Argentina as the region's third-largest economy, according to a Latin Business Chronicle analysis of data from the International Monetary Fund (IMF).

Venezuela's GDP per capita is estimated to reach $11,933 this year. That's higher than the estimated figure for Chile of $10,126.

The IMF estimates also show that Venezuela's GDP is set to reach $334.7 billion this year, while that of Argentina will likely end up at $323.8 billion.

Feel free to read the rest of the article.

All I can say, beside the obvious observation that Venezuelans living better in and of itself is good news, is I guess this is what $130 a barrel oil does for you.

But of course the REAL question is what will happen when the price of oil goes back down. Has Venezuela done enough to prepare itself for that eventuality?

From previous posts I think you know that for me the answer to that is a resounding no.

One final observation on this (for me at least) is i guess Chile isn't all its cracked up to be. I've never been to Chile but I've been to Venezuela many times. In Venezuela a significant number of people are poor and a great many more have standards of living that would be unacceptably low to many of us. Despite its high rates of growth the hillside slums are all still there.

So I guess Chile must have lots of hill side slums of its own. And I also guess it hasn't gotten nearly as far as a lot of people try to say it has, in spite of however many sparkling skyscrapers Santiago has.
|
# posted by ow : 3:13 PM