Some numbers that would make Tosh smile

There has been a running debate on this blog for over a year between a reader named Tosh and myself regarding Venezuela's economic policies. While it has covered many different aspects of economic policies it boils down to my concern that Venezuela is not investing enough and production is stagnating. Tosh things they are investing a lot and that in due time production will increase.

Up until now I think the proponderance of data has supported my position. However, today a snippet of data came out which was both good for Venezuela and supportive of Tosh's beliefs.

I am referring to Venezuela's automobile sales for January 2009. First, they are down compared to 2008 by 43%. That in itself is neither good nor bad. Given the economic realities the country is facing it is probably to be expected and cutting down on excessive consumption is probably necessary.

However, it is the break down of that number that is interesting. Namely, sales of imports vehicles declined 65% while sales of domestically manufactured vehicles went up 33%. That is, the overall market declined but the domestic output still increased as domestic production substituted imports - exactly as it needs to do if Venezuela is to industrialize.

Of course this is only one number for one month. Further, we don't know how much progress they are making in terms of having more locally produced content for those vehicles.

BUT, this is undeniably a good number and if we start to see this sort of development not just with automobiles but with other products as well Venezuela could make substantial progress even in the face of a recession, exactly as I said it could. I still believe they are not investing enough nor following other policies that would favor industrialization. But data like this bears watching.
|
# posted by ow : 8:17 PM

Fair and balanced (for real this time)

Bias studies tend to be a bit wonky, mainly because they use subjective definitions of what lack of objectivity is. But I will close my eyes and pretend for a second that this study reflects reality. 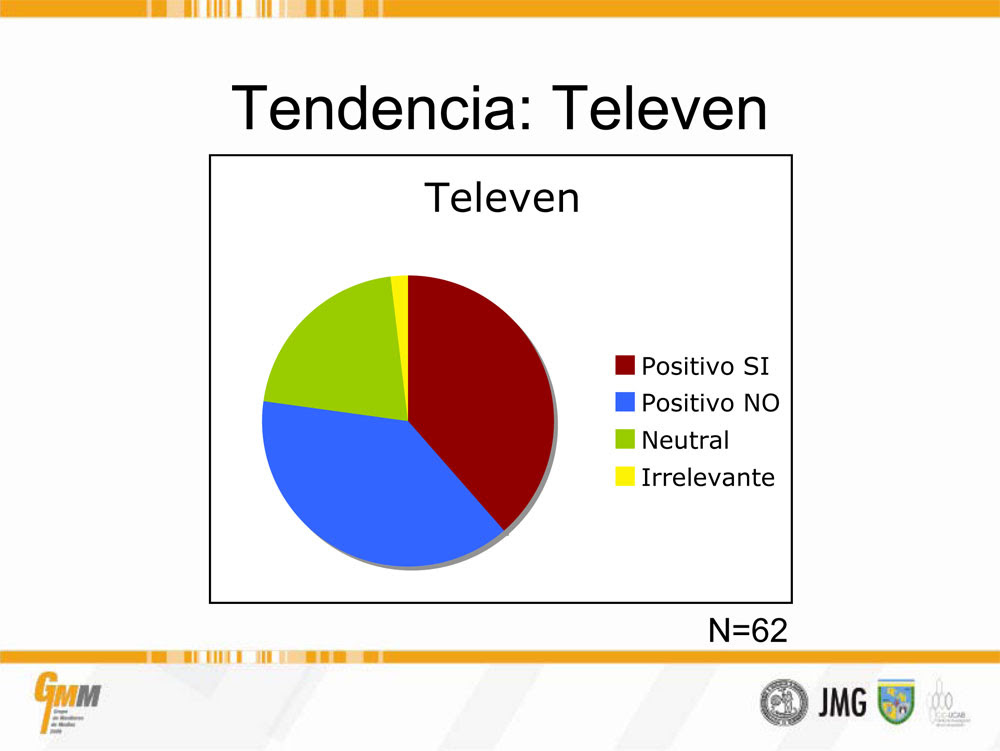 Yup Televen has always been a channel I consider to be impartial, but nothing like the stats to prove it, 39% favored Si, 39% favored No, 21% neutral. 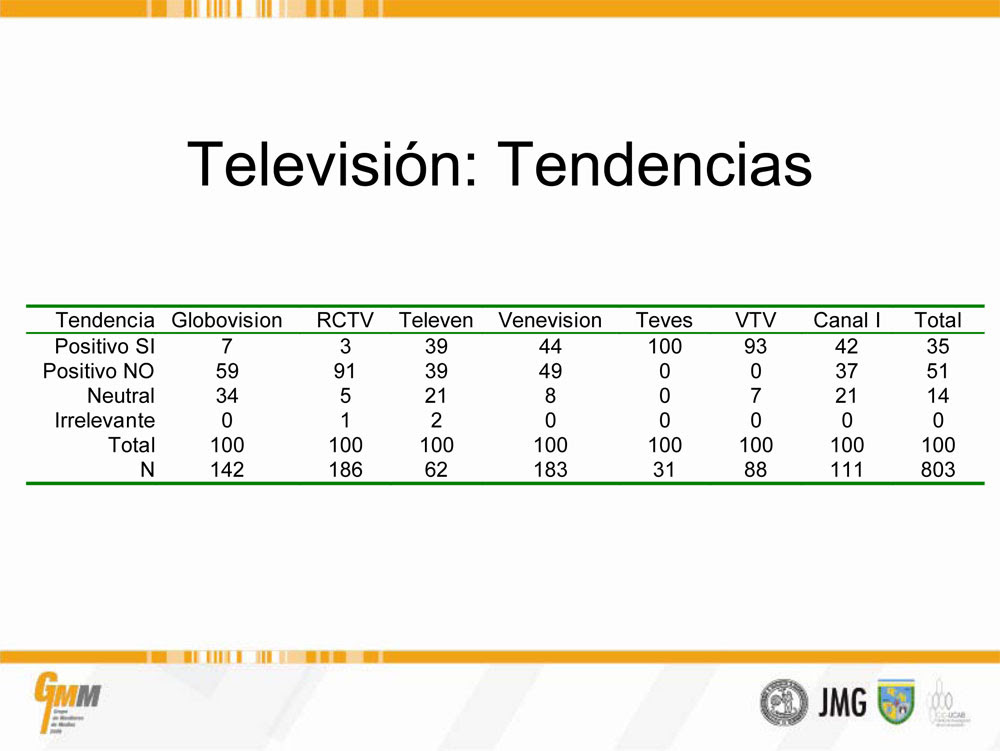 The opposition has whined the past two years that the entire media is against them, attacking Venevision and Televen as sellouts, reality being quite different as always.

But there is some recent news that makes me think back to that time. Back then there were many debates about the oil company - was it a black box? was it an efficient meritocracy or a bloated and mismanaged enterprise? should it be looking to expand or work with OPEC to boost oil prices? etc.

However, there was one particular fact that wasn't much disputed - that it was over staffed, and in particular that it had too many managers and executives. That is, not only did the Chavez government accuse it of that but many friends of the old PDVSA management conceded that point.

Of course, they gave a reason for it, in this case that two formerly seperate divisions of PDVSA had merged thereby doubling the number of people in administrative positions and making the organization top heavy. But they explained this away saying that as PDVSA grew it would grow into the size management it had and so the over staffing was temporary.

Of course, the Chavez government took this as a load of BS, as did I, and pointed out there was no excuse for this sort of inefficiency in a organization that is supposed to be working for all Venezuelans, not just the lucky few fortunate enough to have jobs there.

Sadly, the BS has now come full cirlce. The now Chavez led PDVSA recently agreed to make very significant cutbacks in oil production in line with the cuts in their OPEC quota. Makes perfect sense and they are absolutely right to do it.

Thing is, they also told all the workers, managers, and contractors: "Don't worry, we aren't going to lay any of you off".

Think about what this means. Venezuela will be producing at least 15% less oil but it will have the exact same number of oil workers and managers (all of whom are paid VERY well by Venezuelan standards). They have idled drilling rigs but the workers who ran those rigs are still getting paid... to do what? Play cards? If so maybe they can play them with all the toll collectors paid to not collect tolls (remember that one?).

Anyways, it is sort of ironic that the Chavistas complained for so long about PDVSA being run like a private club for the benefit of those who worked there only to turn around and run it in a very similar way once they came to be in charge.

Maybe some day a real revolution will come to Venezuela and change that.
|
# posted by ow : 4:39 PM

Understanding the Venezuelan Armed Forces (or whatever Chavez has renamed them)

A major topic of disagreement between me and ow relates to defense expenditures. I will try to more or less explain why it is important for Venezuela to re arm itself during the upwards oil cycle. 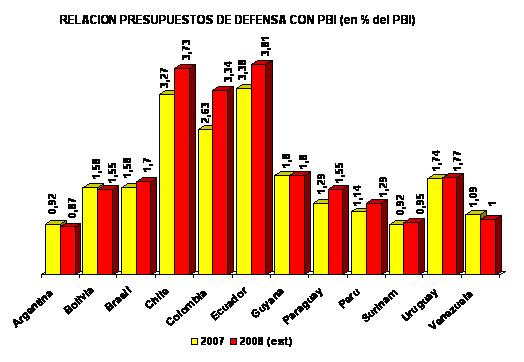 This graph is slightly misleading in that it does not account for extra-budget purchases in 2008, but nevertheless is accurate for what is the normal budget for the armed forces.

In other words our armed forces are qualitative, our regional rival Colombia has a quantitative armed forces, they have to purchase cheap, old, used jets while we get Su-30, they don't have MBT while we have, they don't have SAM but we do etc. Yet what they pay for defense is astronomical year in and year out, while we only have to truly devote 1% of GDP towards defense and yet have a better prepared armed forces.

That said the only way to maintain the qualitative edge is through periodical purchases (every 20 years at the very least) or more precisely when the price of oil spikes. For if we don't we might end up paying more in the long run, while being less protected.
|
# posted by Flanker : 2:16 PM