The spreadsheet I always wanted

GDP figures are out for 2008, while the details have been hotly debated already, I decided to concentrate on something I had long been looking for: gross numbers per sector based on fixed prices, the quarter output is icing on the cake. 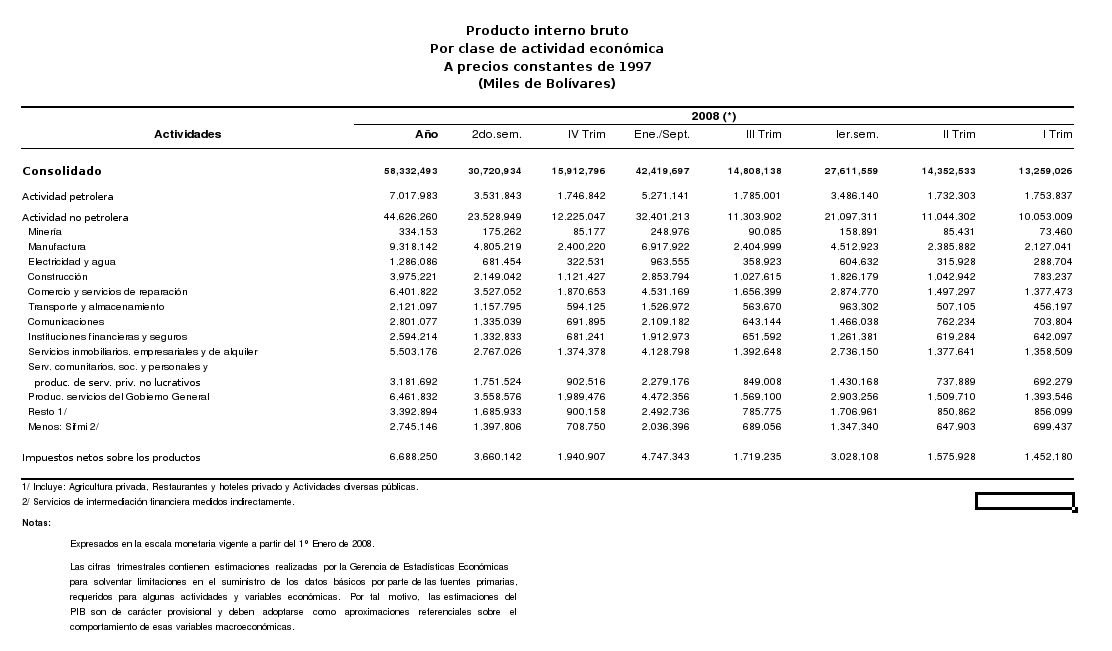 This is how our current GDP looks like in 1997 prices. 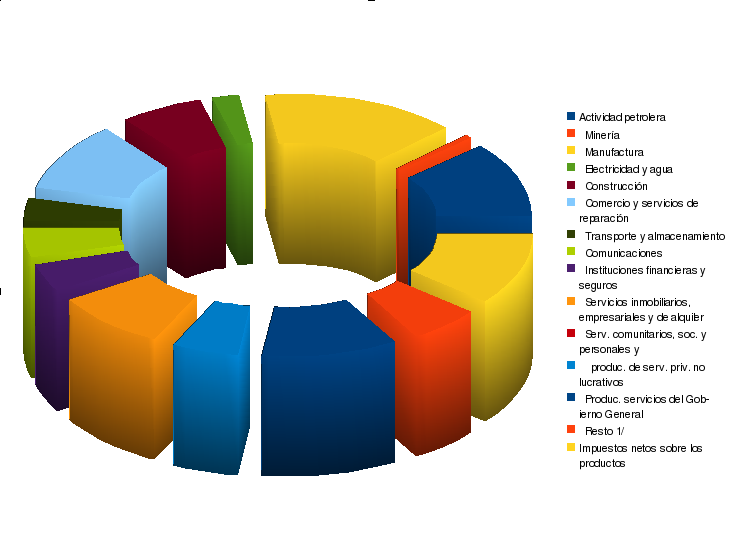 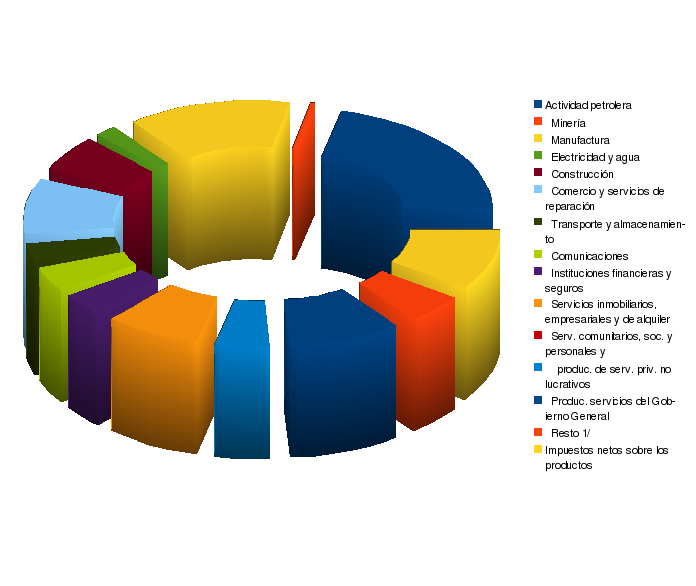 As you can see, manufacturing is a sizable chunk of the economy, while dwarfed by the oil industry most of the time it still represents roughly 60% of it with current prices. I do miss it growing in double digits though, big time.

Another thing to note is how different QI is to QIV, the latter being 20% bigger on certain sectors every year.
|
# posted by Flanker : 9:03 AM

Chavez and Berlusconi are the only leaders that I know of that go out of their way to sound colloquially vulgar, not that I personally care much, but it is interesting that he decided to brand a cellphone with a word whose etymology is a mammal's penis, to be launched on mother's day gift shopping season. The word "verga" is extremely common in the Zulia region, leading to it (and its derivatives) as used universally as noun, verb, adjective, adverb and whatnot. Very similar (but not as taboo) as the word Fuck.

Now to what really matters, for us to begin to develop an electronics industry we need to start from scratch. The steps to take are: assembly, parts manufacturing, and last but not least R&D. This plant in Paraguana is supposed to assemble 1 million ZTE cellphones (600,000 this year, lets see how their prediction holds), a second plant with Huawai in Cua is supposed to make another million. Movistar is also building an assembly plant with who knows what production will be. Tariffs on cellphones will increase and local assembly should account for roughly 28% of the 7 million cellphones imported yearly.

The cellphone itself is not bad, aside from being CDMA, with features that will make it competitive with other models that are much more expensive (roughly 25$ MSRP) slider, camera, java games, radio, "mp4" etc.
|
# posted by Flanker : 10:05 AM

Socialism to the rescue...

Below, from the Economic Statistical Annex to the 2008 Venezuelan Presidential report, we see see this: 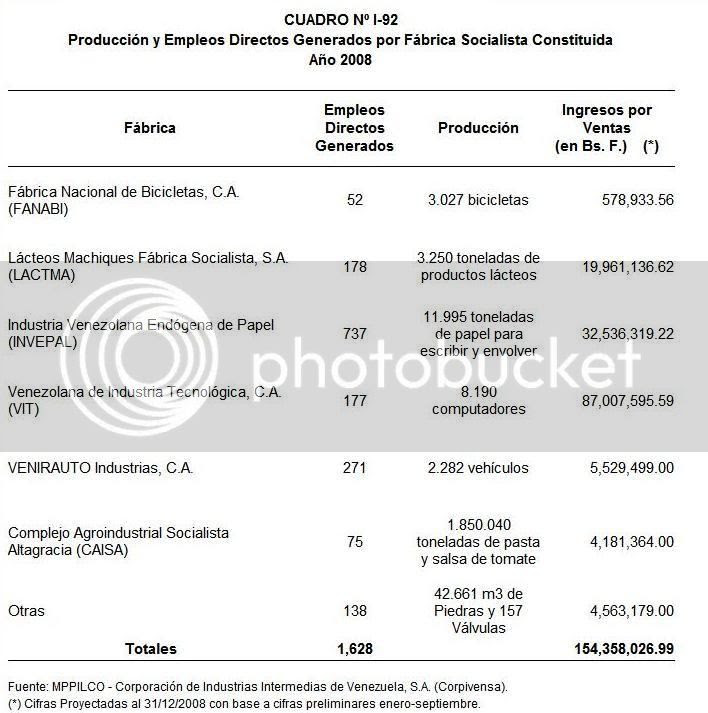 The above spreadsheet shows the 2008 results for all the "socialist" factories in Venezuela. It gives the number of people employed, what they produced and the number of units produced, and the value of total sales.

Note there are three "socialist" factories listed here that everyone should have heard of: the bicycle factory which actually had Chavez show up to inaugurate it and the Venirauto car factory and the computer factory that has been running for a while.

Then we have the car "factory". To the best of my knowledge the most this factory does is assemble some cars from Iranian supplied parts. Further, having seen it from driving by on the highway this factory looks quite small. Seeing it I wondered how they could possibly even assemble cars there. Now I know - they make damn few of them. 2,282 last year to be precise.

At least we can't claim the factory is feather bedded - it only has 271 employees. The other curious thing is it only had about 5 million bolivares in sales or about $2.5 million dollars. Either it is selling cars for $1,000 a pop or it is giving most of its production away for free.

Finally, we get to the computer factory. This was really a computer assembly plant set up by the Chinese, much like the recently inaugurated cell phone "factory". It had maybe the best results making over 8,000 computers (I'll leave it to the reader to calculate how many centuries the average Venezuelan will have to wait to get one of them) with 177 employees.

Oh, and if you have to ask, you can't afford it. Divide the sales by the units produced and you get about $4,800 per computer. Looks like I'll just have to stick with my crappy Dell.

So, stripping away all the fancy lighting, makeup, hoopla, and bravado surrounding this factories when they are inaugurated by Chavez on "Alo Presidente" lets see what we have in sum total:

In sum total all the "socialist" factories have a total of 1,168 employees and sales of around $75 million dollars. Splitting that output among Venezuela's 28 million citizens yields something less than three dollars per person per year. Let's hope people don't rashly spend it all at once.

I've recently heard Chavez says that Venezuela is protected from the current economic crisis because it has implemented "socialist" policies. But looking at these numbers I can't help but think Venezuelans better pray that capitalism pulls out of its death spiral and the price of oil starts going back up because if they actually had to live on the output of these "socialist" factories they would truly be sunk.

Ok, I realize this post is excessively snarky and sarcastic. But I hope people can very clearly see the larger point. The point is that while the inauguration of these "factories" might sound impressive when reading about it in a newspaper when you look at the actual numbers you can see they are essentially nothings. Just one aluminum factory built by CAP blows all these factories away by a factor of 10.

Venezuela can't sit around forever praying for high oil prices - they have to invest and develop other sources of income and wealth. Looking at this they sure seem to be doing WAY too little.

And of course, looking at these numbers we can see that the notion that Venezuela is somehow well on its way to being socialist, Bolivarian or otherwise, is pure poppycock.
|
# posted by ow : 2:51 PM

Education is the most important topic

And the one least debated.

When Germany recovered from WWII a lot of people claim it was because of the Marshal plan, others claim it was capitalism, but the answer is neither, Germany recovered in a few decades from complete devastation because it had a highly educated population, just as that highly educated population recovered Germany from WWI when it was under the reverse Marshal plan (Treaty of Versailles).

So unless the Venezuelan govt educates the population there can be no progress, only illusionary growth. The missiones tackle adult education but not to sound discriminatory they can only learn so much at an advanced age, leaving them with knowledge of basic manufacturing or industry enough for a job as a social/capitalist entrepreneur but not much else. In order to make the leap to developed status we need technological manufacturing, and this can only be achieved with a technologically educated workforce (from cradle to grave). As a side note another way to motivate students to follow hard sciences in higher education is by creating jobs for them as well, even if unsustainable in the short run.

So if you agree with the above, the next question is: do we have the right plan? are we getting there?

The plan is more or less laid out in this interview with the education minister (it is not a research paper but we at least get a few nuggets). In short the government has tackled quantitative access to education so much so that UNESCO audited statistics do give us a high increase in matriculation, with primary education reaching 97% of children. Now granted the same must be done for secondary and tertiary education but they are also moving in that direction.

Next comes the qualitative angle which is harder if not impossible to measure due to its subjective nature, but one metric they use is students per classroom. (which makes it quantitative, not qualitative but whatever) and in so they are asking UNESCO for a new set of statistics. In reality, the only way to increase the qualitative levels of education is through better teachers and easier access to learning tools. This is not explained well however, they talk about critical thinking and how they froze the ideological curriculum, they also talk about modifying the Pedagogy. We just won't know until the end, and despite what some may think international tests will not really give answers to quality, only what some perceive to be quality.
|
# posted by Flanker : 7:22 AM